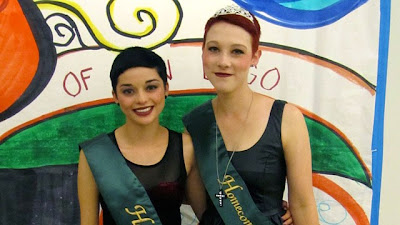 Two California high school students became one of the first lesbian couples crowned homecoming king and queen in the nation this weekend.
Rebeca Arellano, a senior at Patrick Henry High School, was made the school's first female homecoming king when her name was announced Friday at a pep rally.
"They were chanting my name and it was one of the most amazing experiences I've ever had," said Arellano.
Arellano's girlfriend, Haileigh Adams, who also attends Patrick Henry High School, was made homecoming queen at Saturday night's dance.
"I was happier than when I won, my little Haileigh has just been announced Homecoming queen and I couldn't feel happier! Thanks to every single one of you! You guys made this happen and we are all part of something huge. I can't fully express how grateful I am. I am in completely shocked that this happen. My girl looks absolutely flawless," wrote Arellano on Facebook Saturday night. 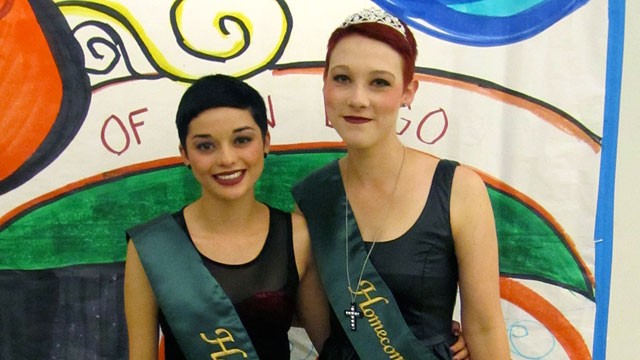 The two girls told ABC News that they're thankful for the abundance of support they've received from family, friends, and students and staff at the school.
Arellano said one of her teachers told her, "Today school is a bit better because of you girls."
Arellano's Facebook wall is covered with congratulatory notes from her friends.
"Thank you all for allowing this change to happen," Arellano posted on Facebook.
Adams said they have received negative feedback as well.
"We have a lot of support, but there are also a lot of people who are angry about it," she said. "Anonymous Patrick Henry students are saying they're embarrassed and that it's wrong for a girl to take the spot of king. But there's no other way for us to run as a couple. It's not really fair for us not to have the right to run as a couple."
Arellano posted a statement to those who opposed her on her Facebook wall that read: "For all the girls who think tradition should be continued, go back to the kitchen, stop having sex before you're married, get out of school and job system, don't have an opinion, don't own any property, give up the right to marry who you love, don't vote, and allow your husband to do whatever he pleases to you. Think about the meaning of tradition when you use it in your argument against us."
Adams and Arellano both came out their freshman year of high school, and they began dating in February of their sophomore year. They say their parents were supportive both when they came out and when they started dating.
Posted by BJ Jackson Lincoln at 5:54 AM