This guy is a real hero. I have been watching from the beginning. This man has done so much to serve his country. The first time I watched him and listened to his story I cried. I am truly happy for him.

Unfortunatly, full earned benifits are not being given to those who were also "seperated" from service under  DADT. The government and instutions are demanding money back for training and education. Most only recieve half of what they should be in pay. 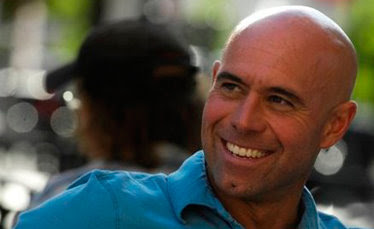 Openly gay Lt. Colonel Victor Fehrenbach has been advised that he will be allowed to retire in October with his full rank and pension intact. The Air Force didn't ask and Fehrenbach didn't tell, but he was outed in 2008 by a man he met online. His case highlighted the idiocy of DADT.


"It was a great sense of relief. I didn't expect it," said Fehrenbach, 41, a 1991 University of Notre Dame graduate, in a telephone interview Tuesday from Mountain Home Air Force Base in Idaho. For nearly three years, Fehrenbach has been in a battle to save his career because of the military's "don't ask, don't tell" policy — a policy that was overturned in late 2010. With no further explanation, the military in January sent Fehrenbach new orders: Effective Sept. 30, he will be retired from active duty at his current rank and with his pension. He'll serve out the remaining months of his military duty at his current desk job at the base in Idaho.

A highly-decorated F-15 fighter pilot, Fehrenbach flew numerous combat missions in Iraq, Afghanistan, and Kosovo. Upon his retirement this fall, he plans to write a book.
Posted by BJ Jackson Lincoln at 2:09 PM