This is another mouthpiece for the farrrr right.

We do not make having children a requirement for marriage. Str8 people also use other methods of creating or aquiring babys. We are supported by the American Pedeactric Society as just as good as str8s. We ALREADY have kids and NEED the SAME support of government recognision as str8s now. It is proven that children do better when their parents are married.

How hard is it to understand? 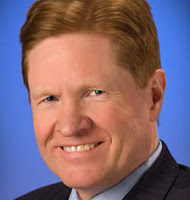 "And while some homosexual couples do raise children (most of whom were conceived in previous heterosexual relationships), such arrangements by definition deprive a child of his or her birthright to be raised by both a biological mother and father. Maryland may choose to tolerate and even protect such unconventional childrearing by allowing adoption by homosexual partners or couples. But it has no obligation to actively affirm and celebrate (through 'marriage') the deliberate creation of permanently motherless or fatherless families." - Family Research Council spokesbigot Peter Sprigg, in an editorial published in today's Baltimore Sun.

RELATED: Today Sprigg couches his tired bigotry in the reich-wing's worn out "won't somebody PLEASE think of the children" meme, which the haters have learned plays better with the increasingly indifferent public. That wasn't the case last year when Sprigg's smarmy mask briefly slipped off in that moment when he called for the United States to criminalize homosexuality and suggested that all gay people should be "exported" out of the country.

ALSO RELATED: Why is the Baltimore Sun granting editorial space to somebody from an SPLC-certified hate group? We look forward to a Stormfront editorial denouncing Black History Month.
Posted by BJ Jackson Lincoln at 4:16 PM