This is the mindset of those fighting equal marriage. It would be funny if some people were not believing it. All of these were found at joemygod.com today.


Concerned Women Are Concernstipated That Gay Marriage Will Curse Maryland

"There can be no doubt that America and the state of Maryland have been richly blessed throughout our history. And I hope we can all recognize that those blessings did not come in the abstract. They are the direct result of policies that found their underpinning in the teachings of Christ. Our Founders recognized that. It is a simple calculation. We cannot expect to receive the same blessings we have in the past if we enact polices that go directly against the ones that brought us the blessings in the first place." Mario Diaz, legal counsel for Concerned Women For America. 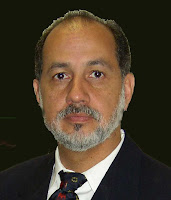 "Satan has warred mightily against this region, and has effectively neutralized it through the influence of principalities of rationalism, humanism, intellectual pride and spiritual arrogance. Massachusetts, as well as all of New England, has become a cemetery of churches, a breeding ground for heretical doctrine, and intellectual furnace energizing attitudes of godlessness, rational arrogance and secularism. It is no coincidence, of course, that something as dramatically distant from the Christian worldview as gay marriage would be originated in this region.

"Is it exaggerated to see prophetic significance in the fact that on September 11, 2001 Boston served as the point of departure for the deadly forces that spread so much destruction and havoc in this nation and all over the world? What took place at the material level is now being carried out at the moral and spiritual level, as the virus of homosexuality and gay marriage begins to spread dramatically all over this nation and perhaps the world." - Pastor Roberto Miranda, whose endorsement of Mitt Romney was touted yesterday on Romney's official campaign site. (Via Right Wing Watch & Good As You)
VIRGINIA: Senate Panel Rejects Bill To Protect Gays From Hiring Discrimination
By a narrow vote of 8-7, yesterday the Virginia state Senate General Laws Committee rejected a bill to add sexual orientation to list of classes protected from discrimination in state hiring. Anti-gay groups testified that the bill was unneeded because there is no proof that gays are discriminated against.


A similar measure was passed by the Senate last year when it had a Democratic majority, only to be defeated in the Republican-led House of Delegates. Republicans won effective control of the Senate in the November election. Abbin, D-Alexandria, had the support of labor unions, teacher and public-employee associations, and AARP, the over-50 lobby group. The socially conservative Family Foundation and the Virginia Association of Independent Baptists opposed the measure.

Posted by BJ Jackson Lincoln at 11:44 AM