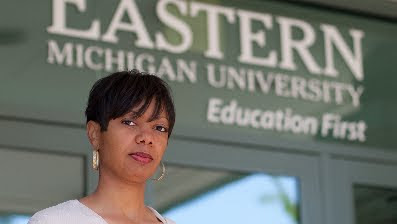 I have been watching this case since it hit the news. Please read. The links below the article will lead you to information on this issue thanks to Joe's library at joemygod.com.

Counseling student Julea Ward has won the right to sue the university that expelled her for refusing to meet with hellbound LGBT students.


A three-member panel of the court said Julea Ward can argue her religious discrimination suit against the university before a federal court jury in Detroit. “Ward’s free speech claim deserves to go to a jury,” Judge Jeffrey Sutton said in an opinion joined by Julia Gibbons and John Adams. Adams is a federal district judge from northern Ohio who was sitting by designation on the appeals court. “Although the university submits it dismissed Ward from the program because her request for a referral violated the ACA (American Counseling Association) code of ethics, a reasonable jury could find otherwise — that the code of ethics contains no such bar and that the university deployed it as a pretext for punishing Ward’s religious views and speech.”

While it would seem to be a cut and dry case, this is leading to a host of problems.
We have seen a few "Religious Discrimination" cases where the law had changed and now some people will be required to perform duties they find offensive and against their beliefs. Most have been signing marriage certificates for gays and lesbians. The incident at Macy's was a woman not allowing transgender people to use the dressing room even after she was reminded that Macy's does NOT discriminate. All of the above lost their job and became the poster children for known hate groups.
The hate groups love to find any reason to twist things to create a new victim.
The problem with this victim is she was not employed but a student who chosen to become a counselor.
When she decided to pursue a degree, it was made clear what the requirements for the degree entailed including the American Counseling Association code of ethics. This code reads in part,"Association members recognize diversity and embrace a cross-cultural approach in support of the worth, dignity, potential, and uniqueness of people within their social and cultural contexts."
The school requires each student to take a diversity training course in line with this code. She is asking the school to allow her complete her degree without taking this class because she does not want to counsel any LGBT people. It would be against her religious beliefs.
Most say she could finish the degree like everyone else then create a business somewhere where she could discriminate or find a job and refer clients she finds offensive to other counselors.
A few people are screaming this is treading on their religious freedom and she should be excused from learning anything that goes against her faith. Most of these people are associated with religious based hate groups that are supporting her and have turned her into their latest victim of the gay agenda.
The fact that she is able to take this to court presents several problems.
This code of ethics was developed by it's many members to insure a moral standard that would fit a diverse secular population.
Should she be able to alter those ethics because of her chosen religion?
If she was a Muslim instead of Christian, would she had gotten this far?
If she had issue an argument against any other minority, would that be OK as long as it is against her chosen faith?
But because she is a Christian and and her target for discrimination is LGBTs  makes it right?

She should loose. She should never have made it this far. This is a waste of the courts time and money.

Discrimination for any reason is wrong.
I know a "slippery slope" when I see one.