This little gem comes from joemygod.com 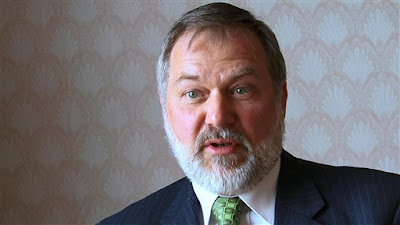 "We need to stand firmly and unapologetically on the hard truth that homosexuality is not a benign, morally neutral social phenomenon. It is an insidious and contagious form of sexual perversion condemned by God as an abomination. I cringe even writing these words because I know the wrath I am inviting on myself. Still, someone needs to say this boldly and publicly because it is the truth, and only the truth can set us free of the political correctness that has imprisoned us until now. The homosexual agenda represents an existential threat to Christian civilization and we're in the final phase of the war, losing badly. It all hinges upon you, Christian reader. Either get into the game in earnest, immediately, or wave goodbye." - Pink Swastika author Scott Lively, writing for World Net Daily, the world's most widely-read Christianist "news" site.

RELATED: Lively is widely considered one of the American evangelicals who have fueled the murderous anti-gay sentiment sweeping Africa. It was after a Lively visit with local authorities that Uganda began pressing for its still-pending bill calling for the execution of homosexuals.