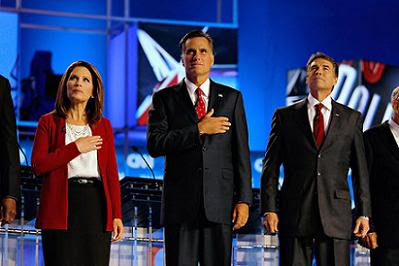 From joemygod.com comes this great picture and better question.

See how he doesn't even bother to put his hand on his heart during the national anthem? Remember all the screaming in 2007 when our current Commie-In-Chief did the same thing? Washington Monthly asks:


"Will the picture of the Republican candidates lead to widespread questions about Perry’s patriotism? Will be it be shown, over and over again, on cable news? Will the Texas governor be asked for an explanation? Or is there some quality about Perry and Obama that makes the former’s patriotism beyond reproach and the latter’s suspect?"