My Home State is Attacking Me

Now Ohio wants to mess with my marriage!  WTF!!   Ohio elected a huge bunch of asshats that want to erase cultural funding and take back my marriage!
NOM and the FRC are both listed as hate groups and the people of Ohio are listening to them! How would you like it if your marriage was in danger of being canceled?
I am an artist and a legally married lesbian and I am being attacked by a bunch of A holes from my home state.
If Ohio wants to be the worst place in the US for gays to live in, that is fine but keep your uncultured, backwoods, hillbilly, backwards, closeted, fundamentalist nose out of other peoples business. 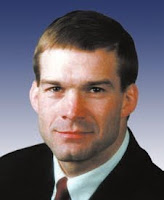 Upon the urging of anti-gay groups such as NOM and the Family Research Council, a coalition of GOP House members plan to introduce a bill to repeal same-sex marriage in Washington, DC.

Rep. Jim Jordan (R-Ohio), chairman of the conservative Republican Study Committee (RSC), told The Hill that he will push for a vote on the controversial issue in the 112th Congress. The RSC has 175 members. “I think RSC will push for it, and I’m certainly strongly for it. I don’t know if we’ve made a decision if I’ll do it or let another member do it, but I’m 100 percent for it,” Jordan said.

Last year Jordan was the chief sponsor of a similar bill.
Posted by BJ Jackson Lincoln at 8:37 AM