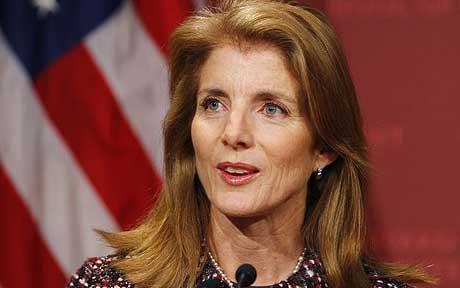 Caroline Kennedy has become the 100,000th person to sign a letter demanding that the president support same-sex marriage. Via press release from Freedom To Marry:

"Falling in love, getting married, and building a family is part of the American dream,” said Caroline Kennedy. “I believe that all Americans, including committed gay and lesbian couples, should have the opportunity to pursue that dream." Freedom to Marry’s “Say I Do” campaign was launched on March 14th with an Open Letter to the President signed by prominent Americans, including civil rights leaders, Hollywood stars, musicians, and business leaders. Since then, 100,000 Americans have joined the campaign and signed on to the letter calling on the President to join “the majority of Americans who support the freedom to marry.”

View and sign the letter.
Posted by BJ Jackson Lincoln at 6:35 AM