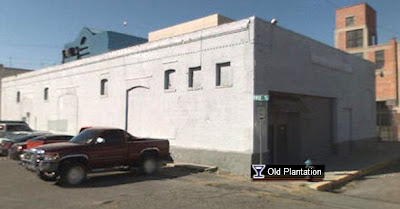 A 22 year-old man is listed in critical condition today after being beaten by a group of men with a baseball bat outside the popular El Paso nightclub, Old Plantation. Media reports are light with details so far, but two JMG readers from Texas have written to say the attack was a gay bashing.


Police said the man was waiting for a ride outside the Old Plantation Night Club, 301 S. Ochoa, when a verbal confrontation began between the victim and six other males. The verbal confrontation became physical and the six suspects allegedly began punching, kicking the victim. The group allegedly also used a bat to hit the victim. One of the victim's friends, a woman, tried to help and had her vehicle damaged as she tried to do so. A suspect struck her 2003 Jeep Liberty windshield with a bat to stop her from helping the victim. The suspects then fled the area in what appeared to be a van.

I'll update this post when we know more.
Posted by BJ Jackson Lincoln at 2:38 PM