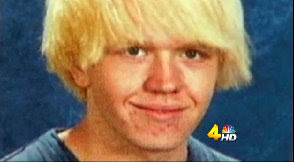 From joemygod.com comes this sad news.
Yesterday Tennessee high school student Jacob Rogers killed himself after complaining about anti-gay bullying from his classmates that had forced him to drop out of school. Rogers left suicide notes that included the passwords for his phone and his email so that authorities could view what he had endured.


Friends say that kids bullied Jacob Rogers at Cheatham County Central High School for the past four years, but in the past few months it had become so bad he dropped out of school. And Wednesday, he ended his life. "He started coming home his senior year saying 'I don't want to go back. Everyone is so mean. They call me a faggot, they call me gay, a queer,'" friend Kaelynn Mooningham said. Kaelynn said her friend Jacob felt ignored. "Jacob told me no one was helping him. He constantly was going to guidance," she said. But Cheatham County Schools Director Dr. Tim Webb said the school was only aware of one incident of bullying. "She actually intervened and called the students in accused of bullying or picking. She called them in, talked to them and gave them warnings. Subsequently after that, she ran into the student and asked him if things were better and he indicated that things were better," Webb said.

The above-linked article does not disclose if Rogers was actually gay.

Labels: bullying, education, suicide, Tennessee All links lead to joe's great library of info.
This is the same state that erased ALL protections from the LGBT population. This is the same state that has made it so NO ONE can discuss anything LGBT in any school.
How many more kids have to suffer to any point before it stops!
My heart goes out to this boy's family and all the families that have lost their children due to bullying.

IMPORTANT UPDATE: As noted in the above-linked story, the family of Jacob Rogers does not have the money for a funeral. Today JMG, Towleroad, and Dan Savage at Seattle's Stranger are posting the below Paypal donation link. Savage is capping the donations at $5000. Anything over that amount will go to the Trevor Project, GLSEN, and the It Gets Better Project. If your situation allows, please consider making a small donation too.
Posted by BJ Jackson Lincoln at 8:55 AM